Gender Variant children, Trans* young people and adults have been receiving greater attention in recent years. This may be due to The Equality Act 2010 which substantially strengthened the law that supports and protects gender variant children and Trans* young people, citing gender reassignment as a protected characteristic. This legal protection enabled Trans* people to feel more comfortable in revealing their gender identity.

"I have been born in the wrong body" is a phrase that has been heard more frequently over the last few years, with children and young people in our settings, schools and colleges questioning the gender they were ascribed at birth and exploring their gender identity.

Research has shown that:

Kent Trans Inclusion Guidance for Schools and Settings
This document is currently under review in response to recent developments.

We remain committed to protecting the rights, wellbeing and safeguarding of gender variant children and trans young people within Kent.

We are aware of the challenges these often-vulnerable children and young people face, particularly in these difficult times of lockdown, when access to support agencies is limited.

If you are working with families, children or young people and would like additional support please contact The Inclusion Support Service Kent.

To enhance Trans* inclusion and eliminate transphobia we currently offer 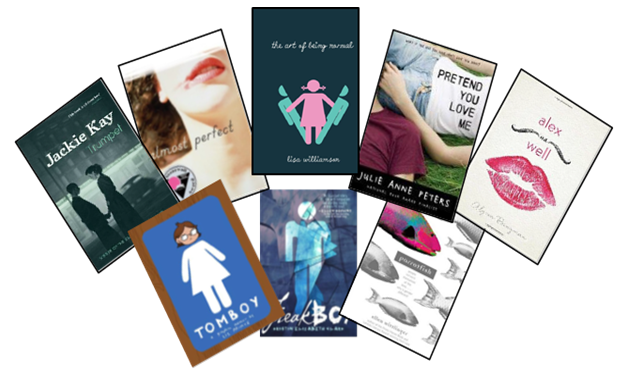 Mermaids: A support group for children and young people up to 19 years old suffering with issues with their gender identity, and their families, friends, and wider networks, such as school, youth groups, or medical professionals.

GIRES: An organisation whose aim is to improve the lives of Trans and gender non-conforming people, including those who are non-binary and non-gender.

Gendered Intelligence: Their vision is of a world where people are no longer constrained by narrow perceptions and expectations of gender, and where diverse gender expressions are visible and valued.

Stonewall: Charity supporting the LGBTQ community. Providing resources, role models and support for schools, including resources and ideas for a LGBTQ inclusive curriculum.

*trans: An umbrella term to describe people whose gender is not the same as, or does not sit comfortably with, the sex they were assigned at birth. May encompass one or more of a wide variety of terms, including (but not limited to) transgender, cross dresser, non-binary, gender queer.

*gender variant: This is usually used in relation to children or young people, for someone who does not conform to the gender roles and behaviours assigned to them at birth.

*gender dysphoria: Used to describe when a person experiences discomfort or distress because there is a mismatch between their sex assigned at birth and their gender identity. This is also the clinical diagnosis for someone who doesn’t feel comfortable with the gender they were assigned at birth.

A message from Matt Dunkley CBE

This week, Christine summarises a very busy week in the education landscape and the extension of our partnership with the Education Endowment Foundation.

23
Sep
Religion and worldviews: Where are we now?

For updates on news, policy, and resources for education professionals.

We use cookies to give you the best experience of this website. If you continue without changing your settings, we'll assume you're happy to receive all cookies from us.